In My Mind's Eye

I posted this shot to social media recently.

The Woods-1Just at the side of the road in Red Deer County.
It was actually pretty grey and dismal out. But hey, when you can paint in the light, who says it has to be?? Not remotely what the camera saw, but in my mind...... this was the scene.

As photographers, we do a lot of crazy things. We argue about which brand of camera is better or worse when, if fact, pretty much nobody can tell on a finished image what camera it was taken on. We dissect grain in a photo, disparaging it's appearance at all from having shot in far too high an ISO setting. And then there's a bunch of us that ADD grain like crazy, trying to make the image look like it wasn't at all shot on digital.

Here's what the scene looked like to the camera. (The way it looked to my Canon, in case anyone wondered. I'm suuuure it would have looked measureably different on a Nikon. Or Fuji. Or Hasselblad. Or........... bah. That's another can o' worms.) 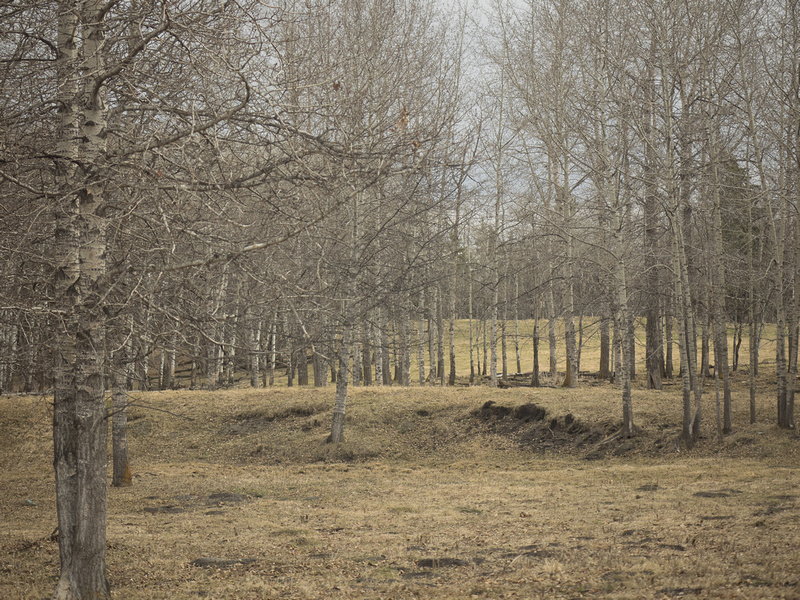 Hey, it was a pretty blah day. The days that some photographers say that there's no point in going out to shoot. To which, of course, I say that any day is a good day to go out. I know I've said it before but, unless you're a documentary photographer that isn't permitted to change anything but what the camera sees (and remember, that only applies to content of the photo, because the sharpness, saturation, contrast is all applied in camera, so you tell me what the "truth" is there), change whatever you like! That's okay for composites, you say, but if it's not a composite............   oh my.

Ok, I know, for a lot of this it's just my own warped, twisted, personal, wrong opinion. So be it. For me, the camera, the software, everything is just a tool to create something pleasing. Something that tells a story. Something that evokes a response. I don't care what reality looked like, I care about what I can create with these tools. I can't use a paintbrush, I don't know one artistic medium from another, I don't own a piece of canvas or art paper or whatever else it is that "real artists" use.

Funny how I get into a rant every time I do one of these. Bottom line is, the top photo is what I saw in my jangled head. The second photo is what my camera saw. Oh, and this one right here below? That was the other one I saw in my head. Sometimes I see more than one thing. I might require medication. 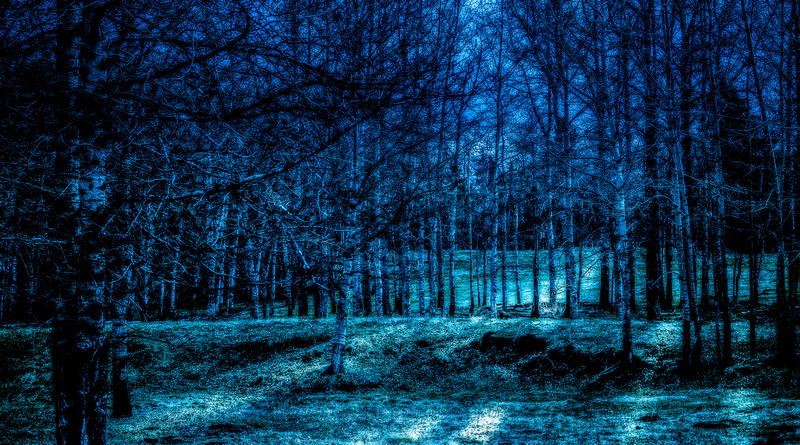 The Woods-2Just at the side of the road in Red Deer County.
It was actually pretty grey and dismal out. But hey, when you can paint in the light, who says it has to be??

“You don’t take a photograph, you make it.”

Ron Clifford(non-registered)
You are not alone in your ideas here! The camera capture is the raw canvas, the potential for all we might create.
Lauri(non-registered)
Well said and done Paul! Love how you transformed this image.
No comments posted.
Loading...
Subscribe
RSS
Recent Posts
Between Shots I WAS OFFERED $50,000 FOR A PORTRAIT In My Mind's Eye Boxing It In It's All in How You See It. Innit? WHEN SHOULD I UPDATE MY HEADSHOT OR PORTRAIT??
Keywords
photography portrait portraiture alberta landscape trees beautiful beauty creative portraiture studio photography
Archive
January February March April May June July August September October November December
© Paul Howard Photography
Powered by ZENFOLIO User Agreement
Cancel
Continue